Projects—The Unknown is Not a Memory 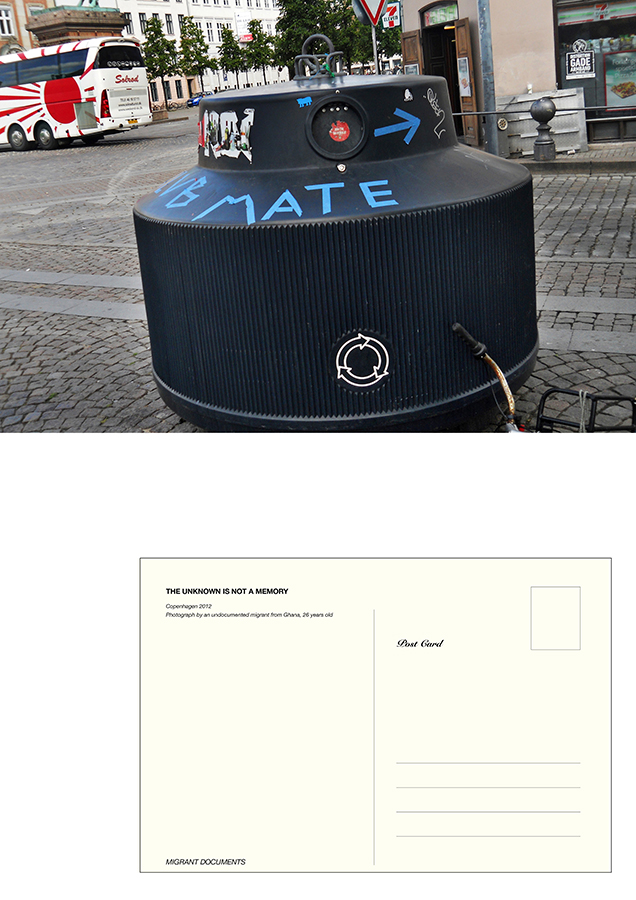 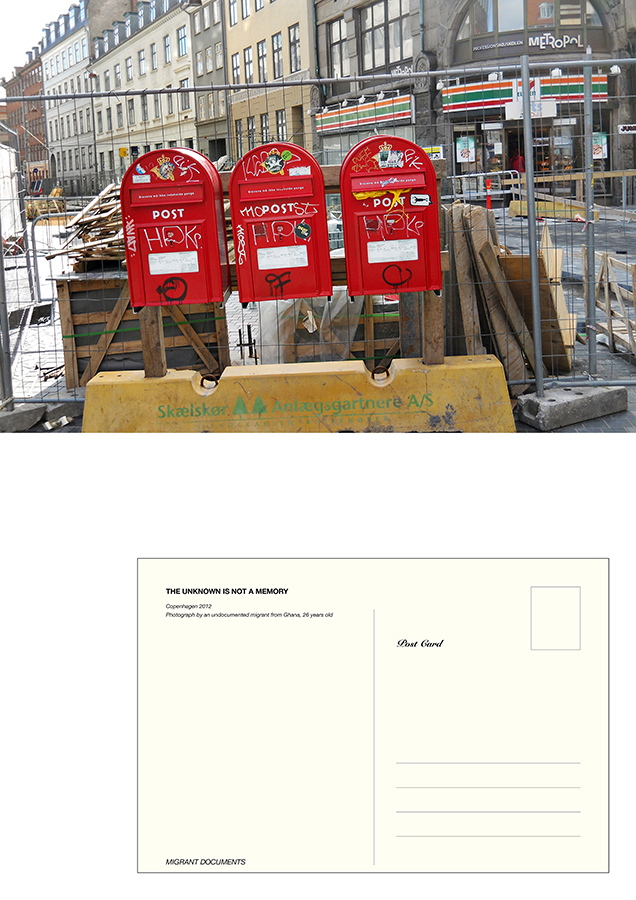 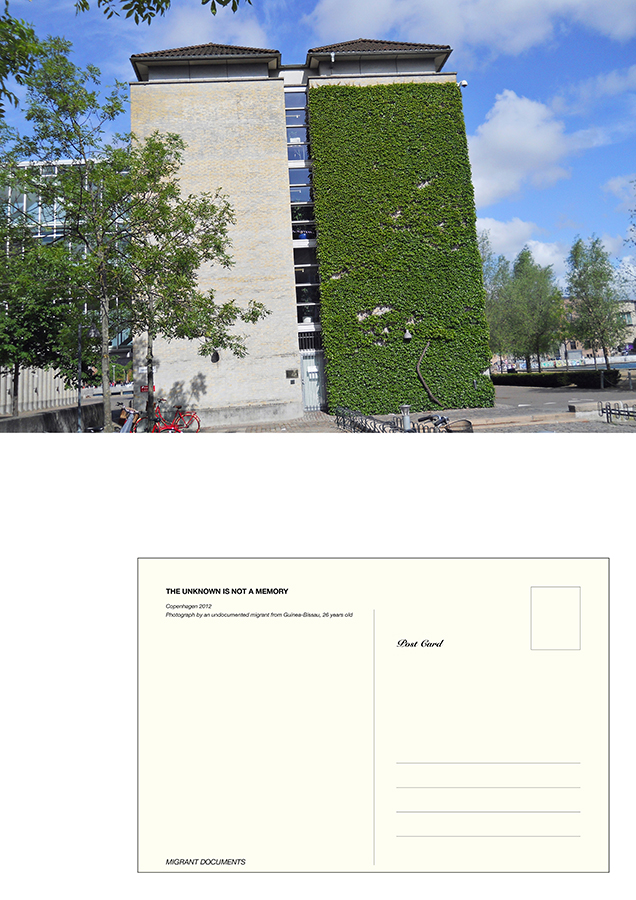 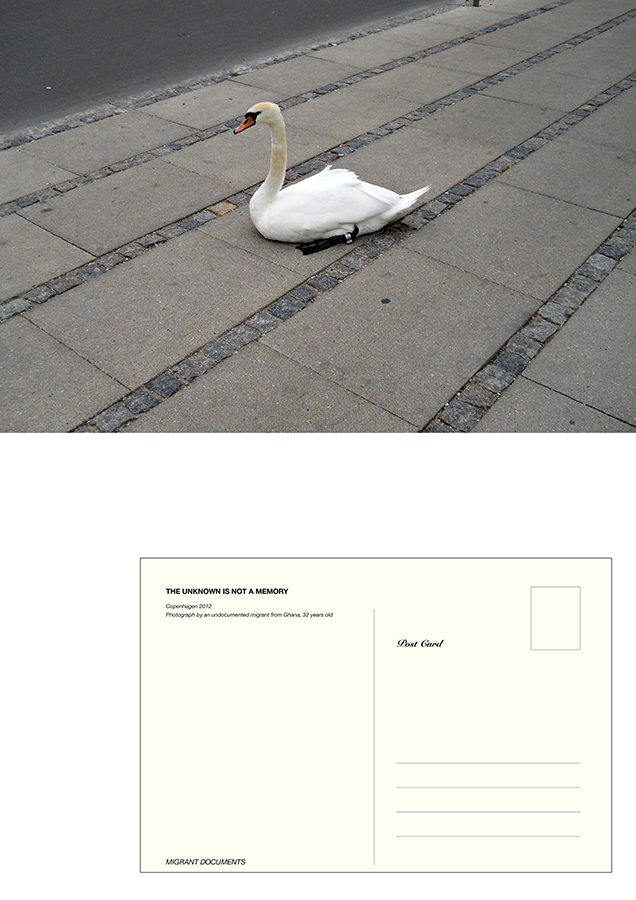 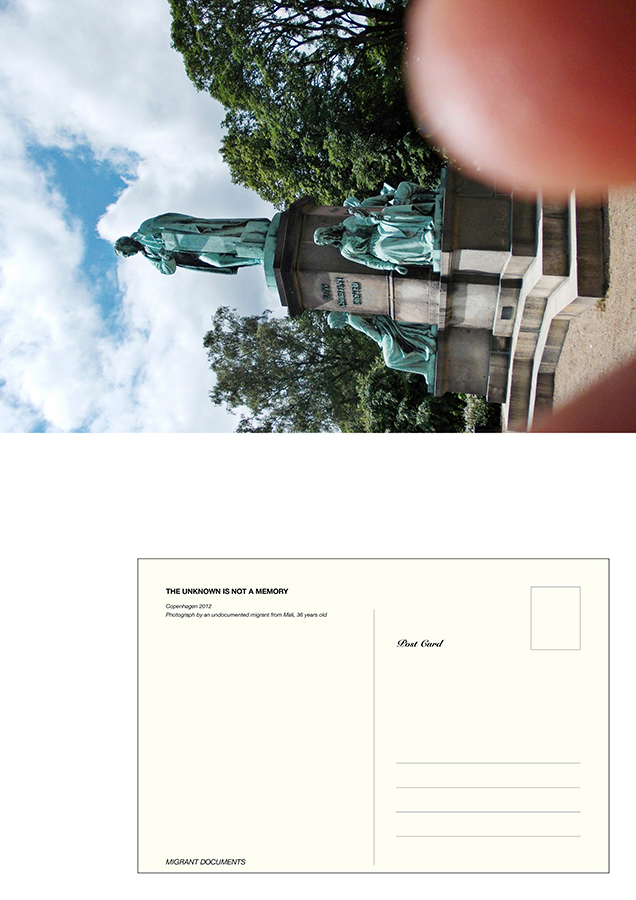 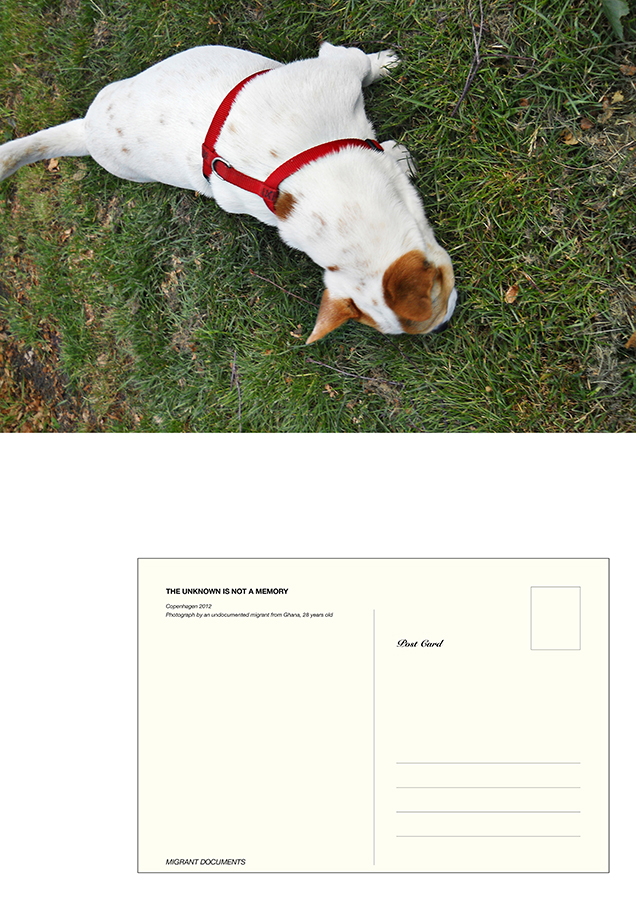 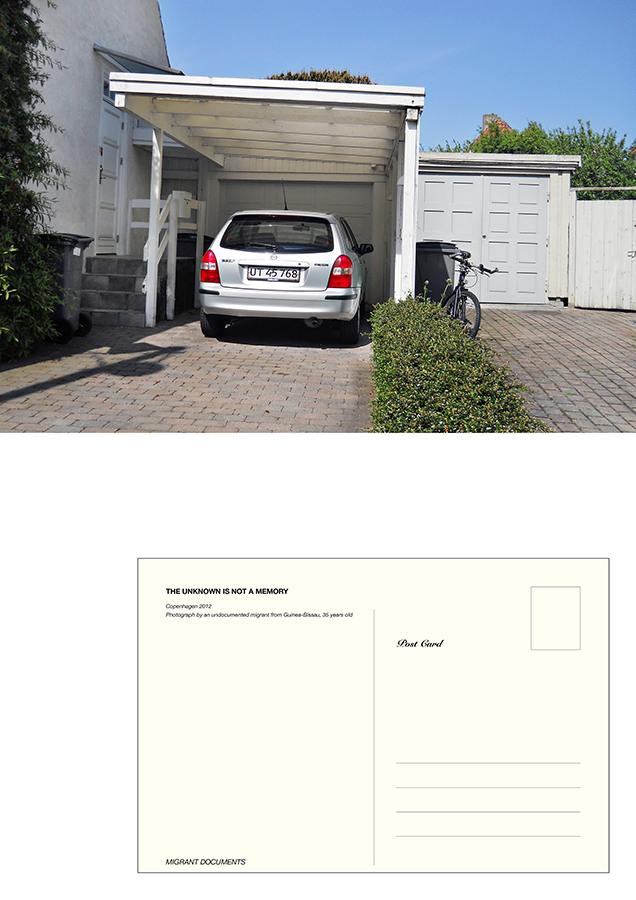 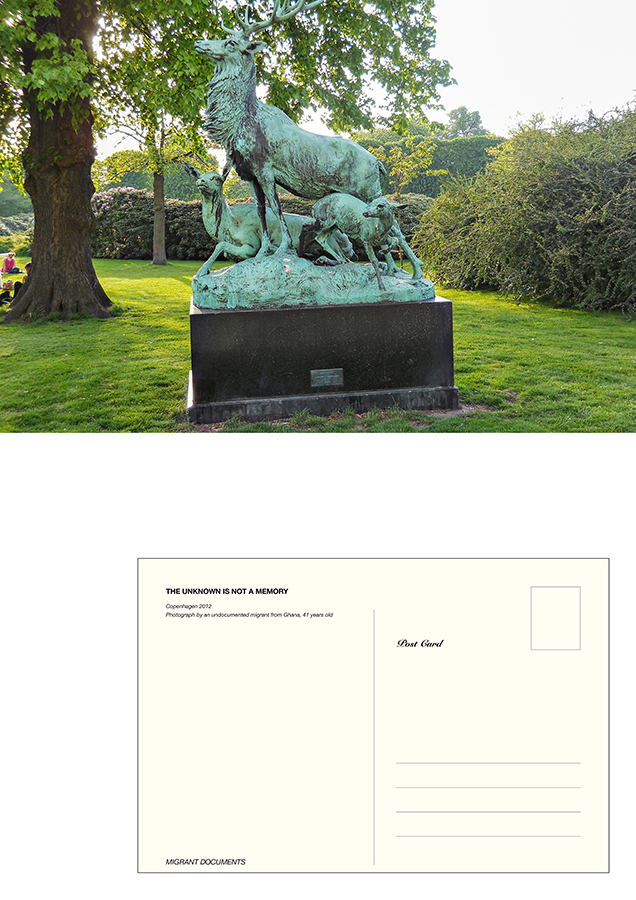 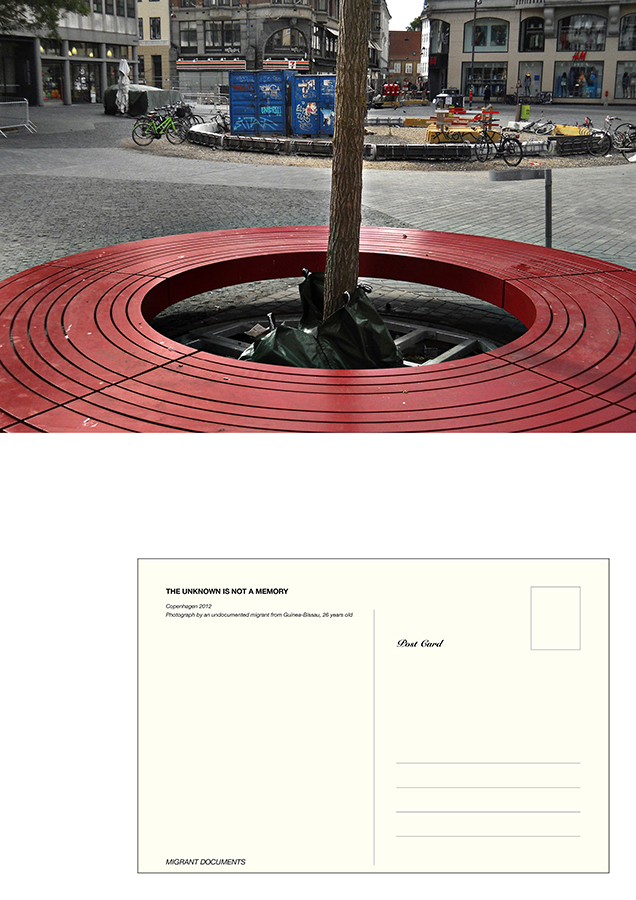 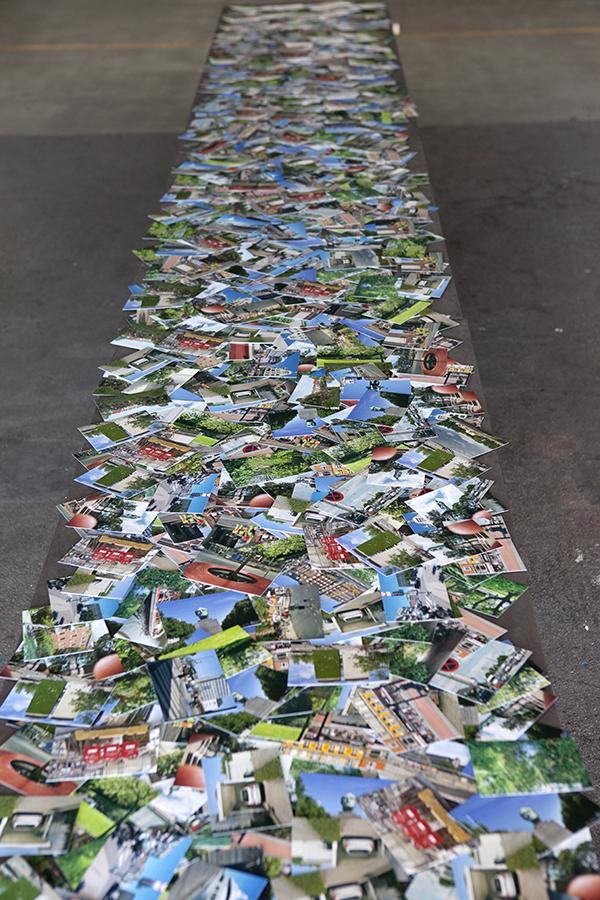 The Unknown is Not a Memory

A serie from the project MIGRANT DOCUMENTS

Whereas the movements and views of the tourist are typically guided and organised, the experiences and observations of migrants are not controlled. Their observations generate a different kind of unpredictable image that frames Migrant Documents. Tina Enghoff invited a group of migrants to photograph Copenhagen, and the result has not only become the prologue and epilogue to this book, it has become a living archive of images in the form of postcards that are already in circulation. What will they tell a future recipient about migration in Denmark in the year 2012? One of the many strengths of The Unknown is Not a Memory is that the images challenge expectations to the documentary project. They flirt with affective, intellectual, meta-photographic and political reception–all at once. They are difficult to decode. Tricky. Maybe because the postcards point back at Danish society with so much more interest than society sees the migrants with. If they are even seen. There are no signs in any of the images that the photographer has been seen or acknowledged by anyone else. The postcards bear testimony to moving in the cracks between visibility and invisibility. To the economic, political and ethical boundaries of globalisation. But most of all to the photographer who was here.