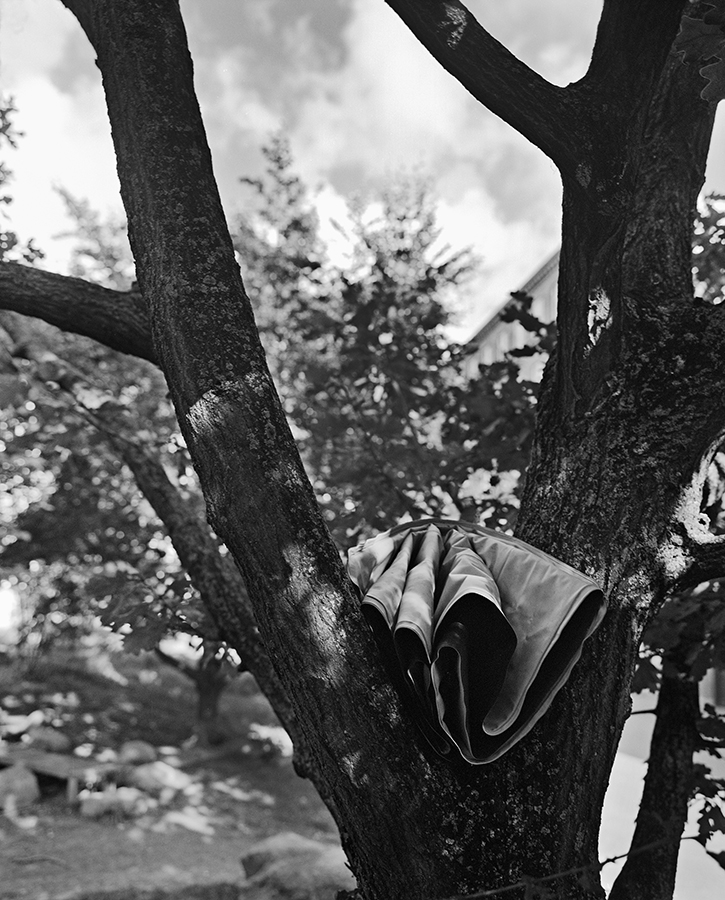 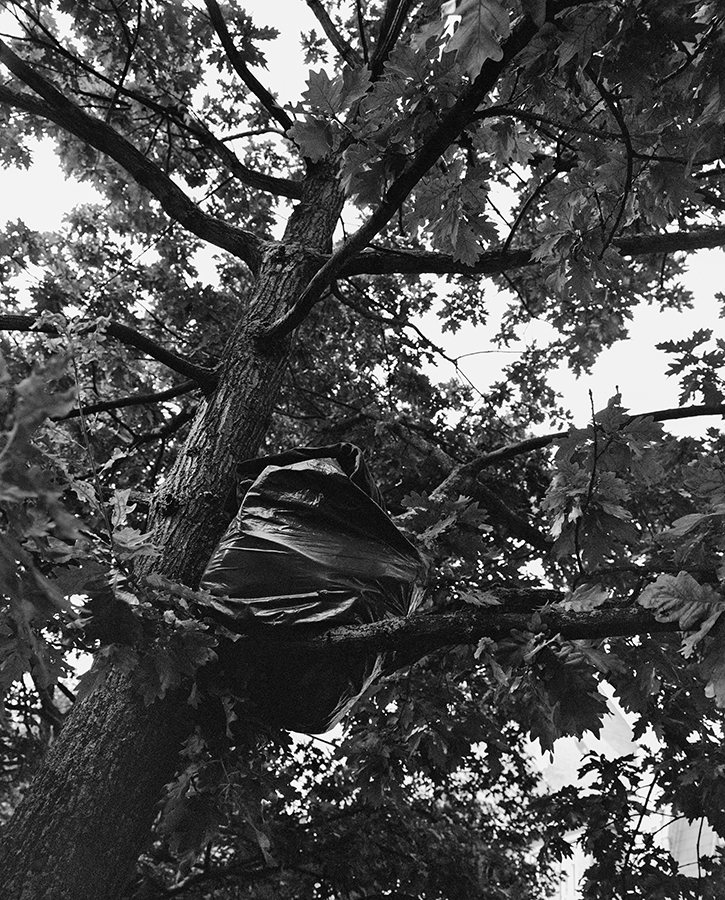 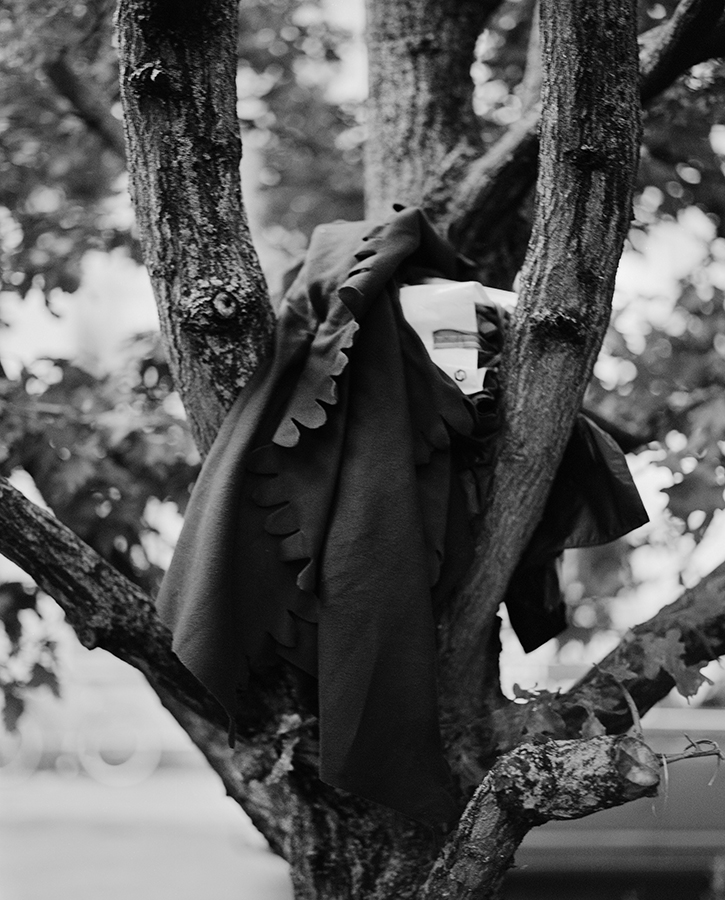 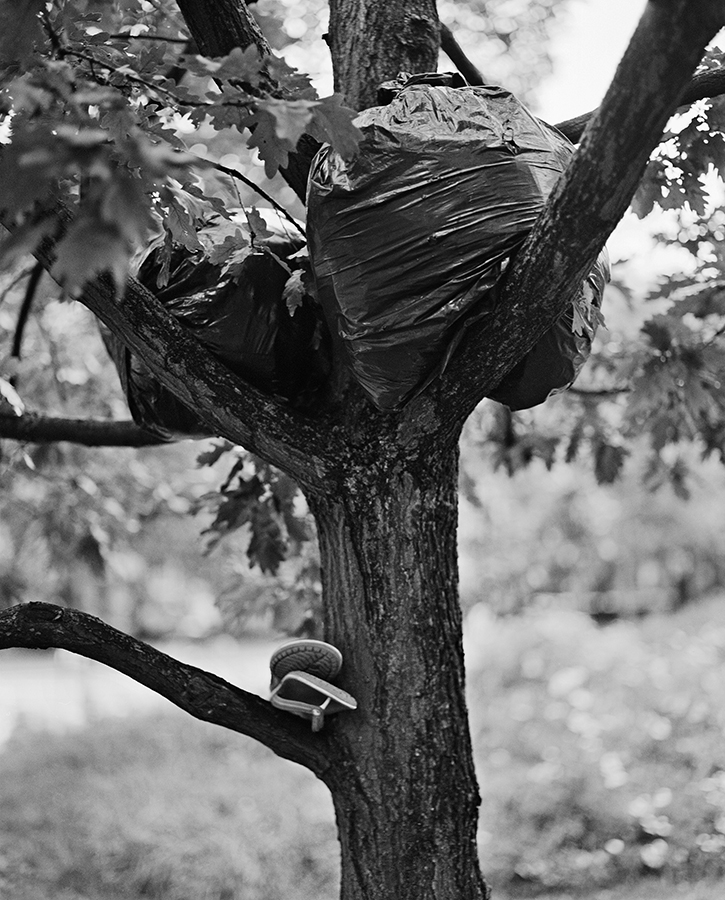 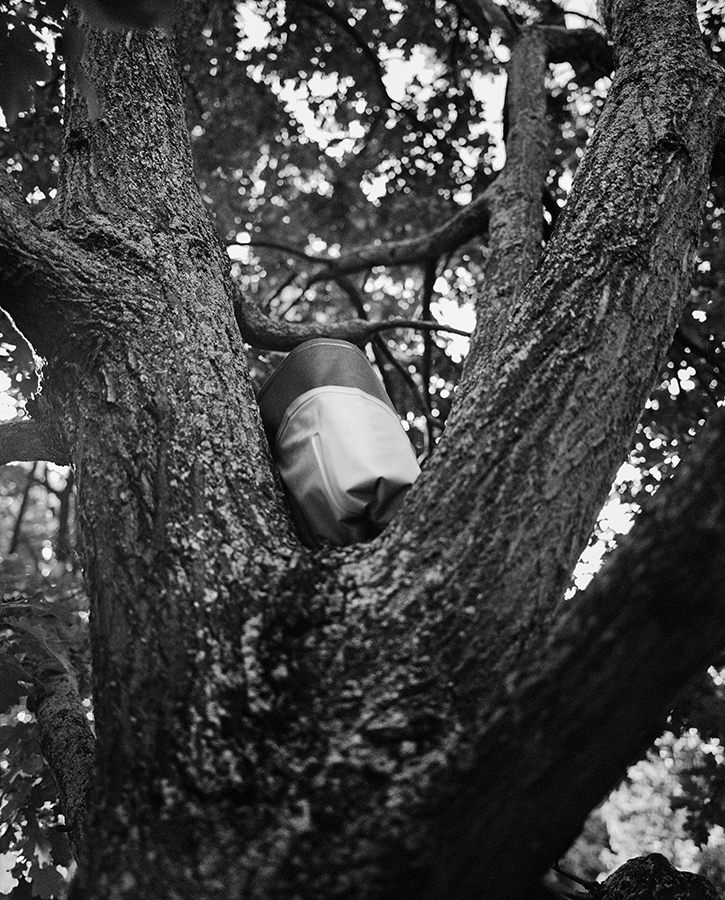 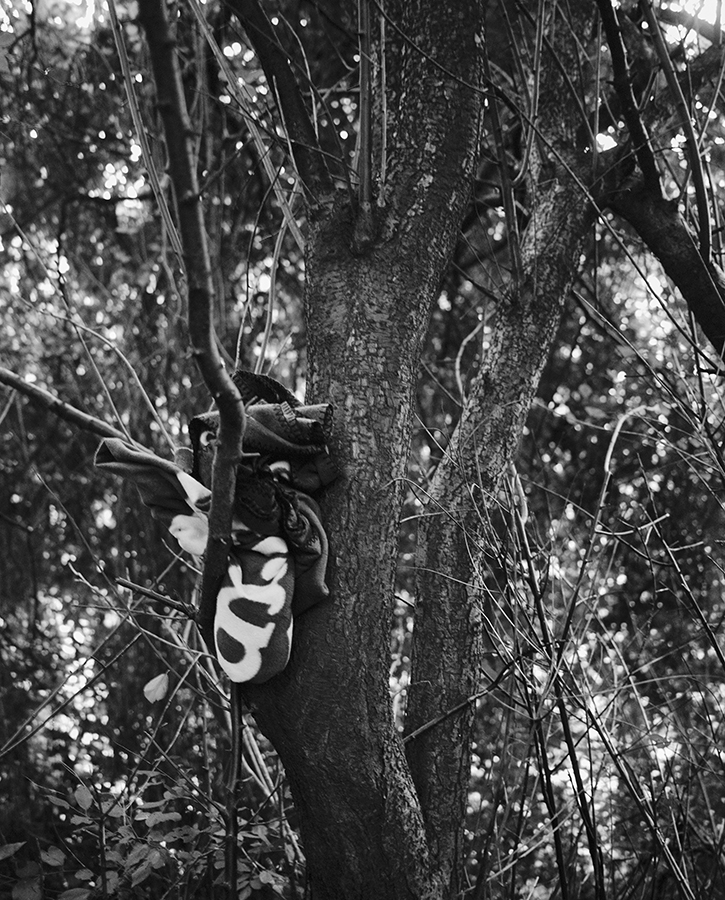 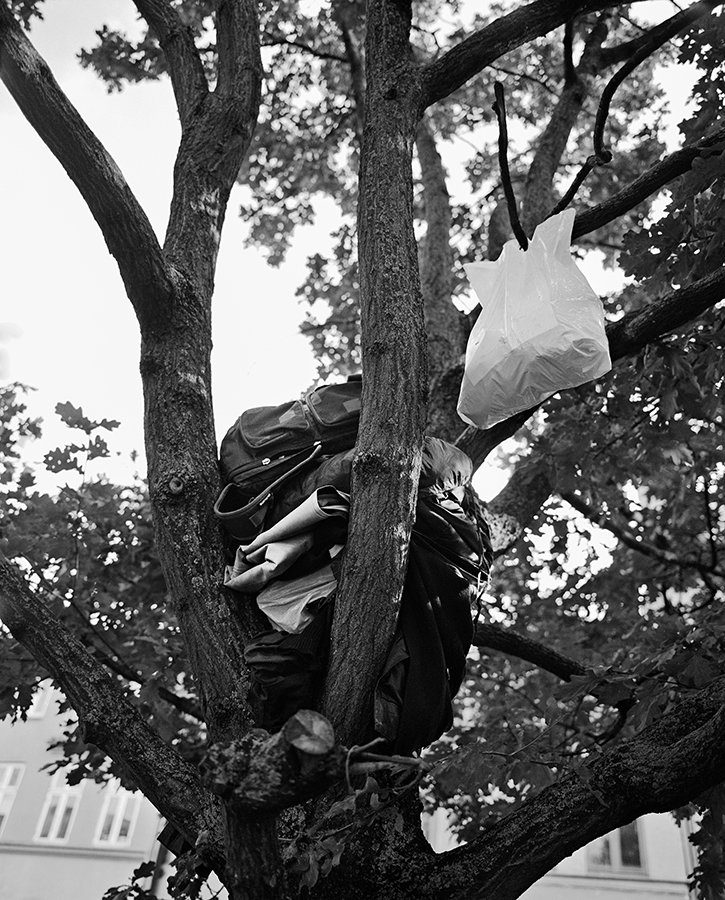 A Tree Cannot Block the Water

A serie from the project MIGRANT DOCUMENTS

This series consists of 10 works.
140 x 120 cm archival pigment print.
At a first-glance A Tree Cannot Block the Water (8 works in the serie) have a crime scene aesthetic, hinting at clues or evidence. The bundles in the tress are actually the personal possessions of people using the park, although to the indifferent gaze they could arouse the same kind of suspicion as a bag abandoned in an airport or on a train. In the eyes of the local city council and the police the mere presence of the homeless represents a different kind of threat, and the park is regularly cleared of the belongings of homeless people. Everything from sleeping bags to passports is incinerated at the city dump. The authorities allegedly try to warn the homeless, but apparently only in Danish. By focussing the camera on the bundles in the treetops, A Tree Cannot Block the Water almost taunts the authorities whose job it is to register and document otherwise undocumented migrants. The personal possessions, blankets and clothes represent like the blood tests possible biometric traces of the people they want to identify. But the migrants remain beyond the searchlight of the authorities, like the figures in Positions who emerge as ghostly shadows or like the birds in the film that take off and fly away.
By insisting on the hardly visible and unidentifiable, Tina Enghoff could be said to be using photography despite itself.