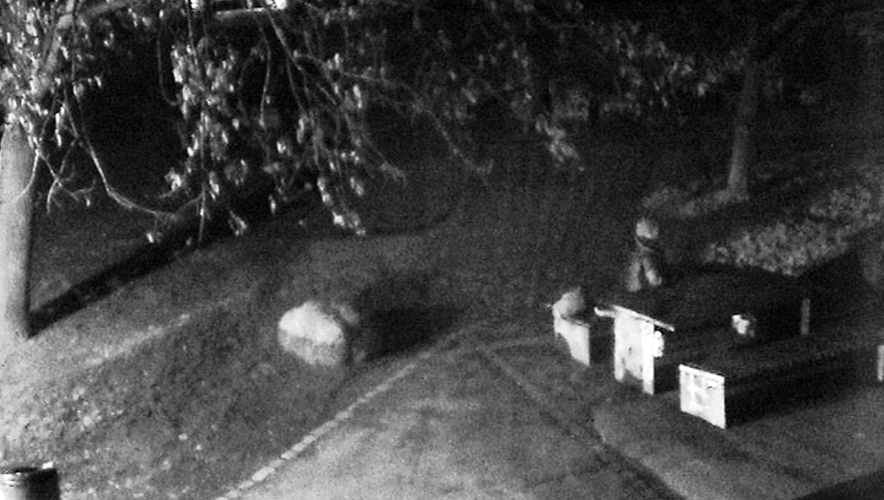 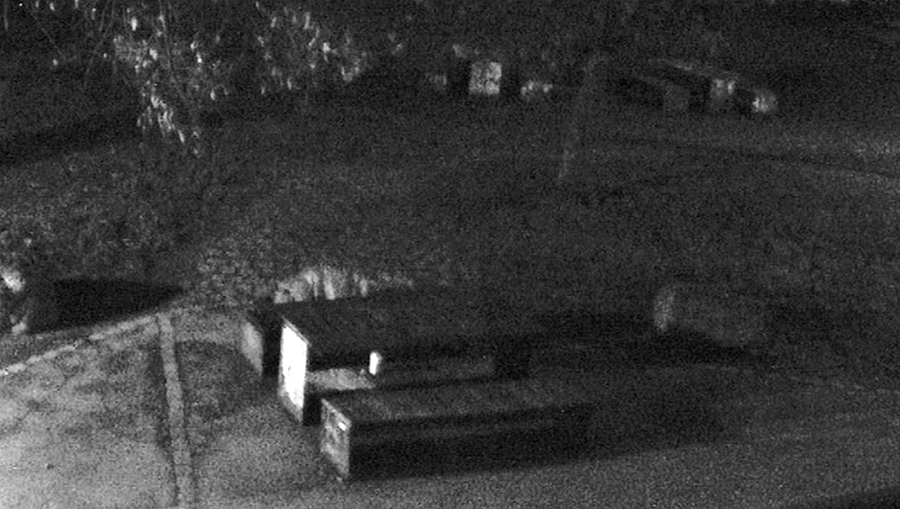 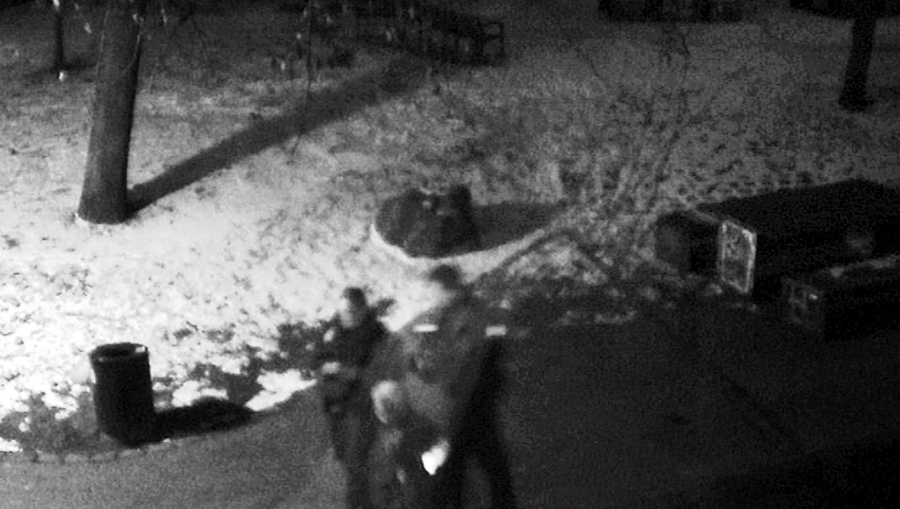 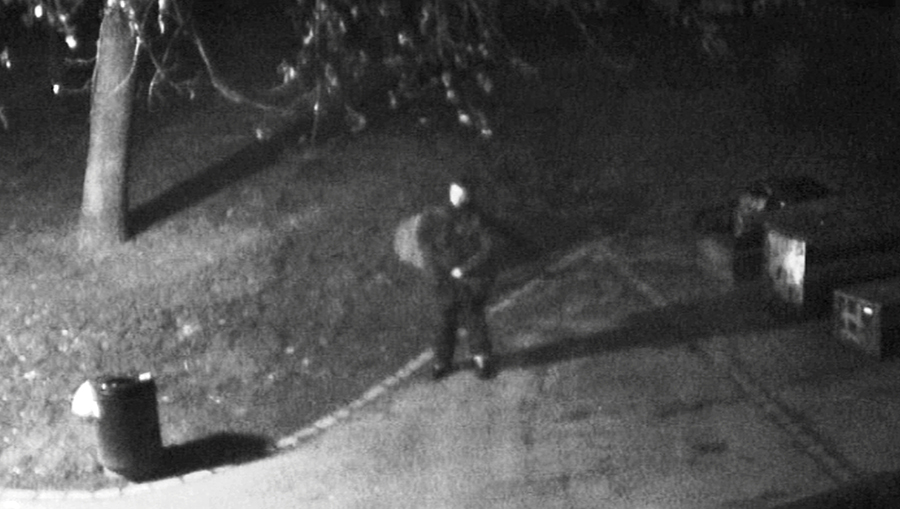 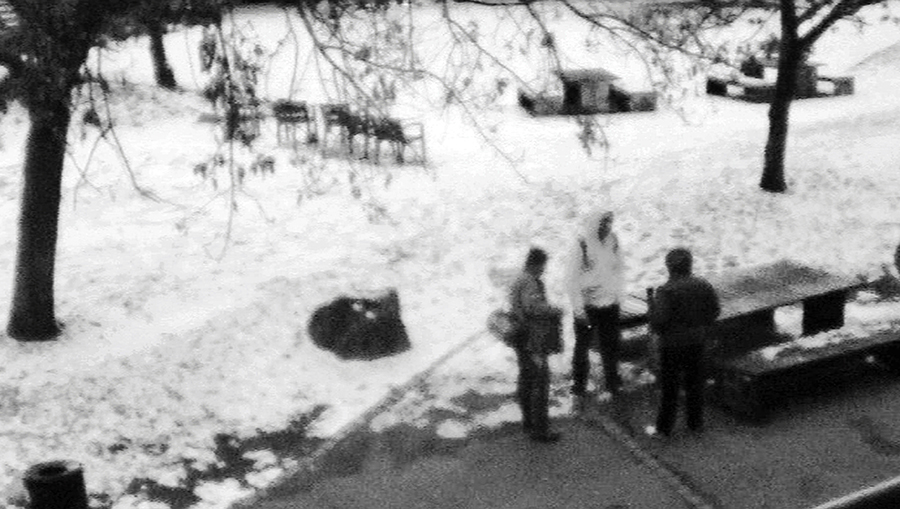 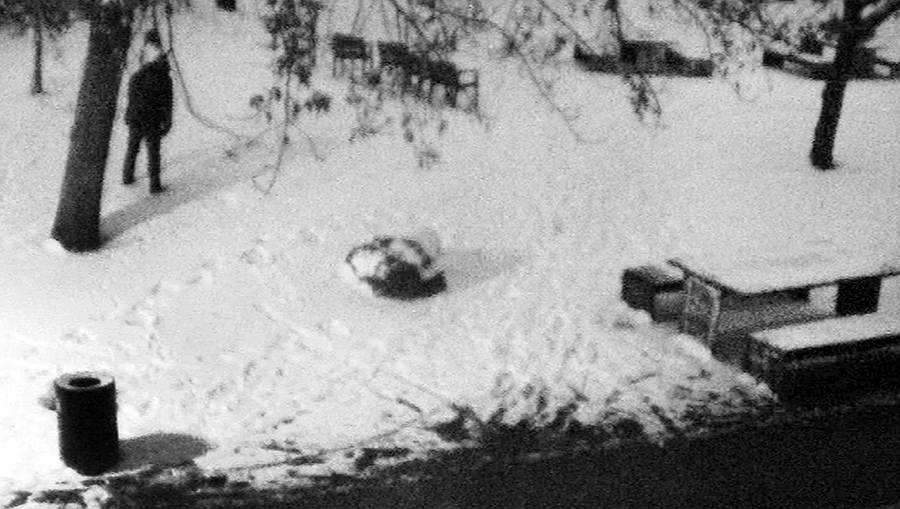 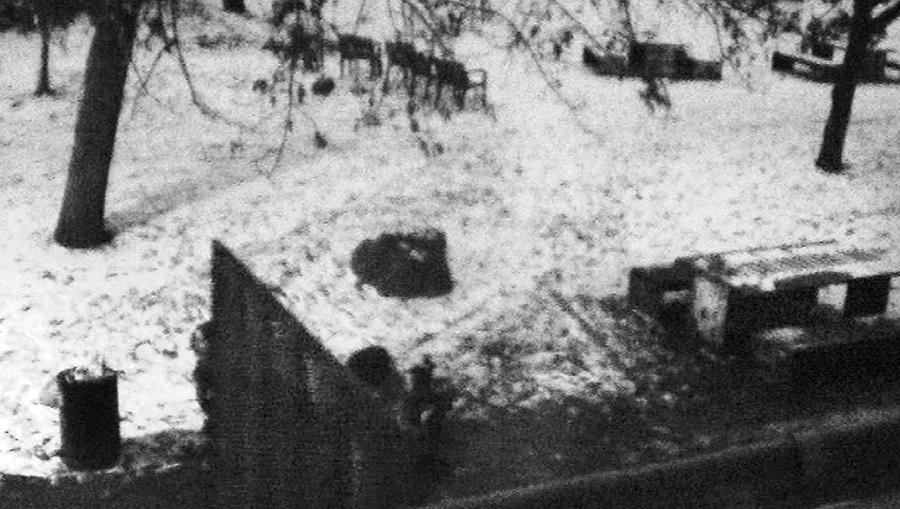 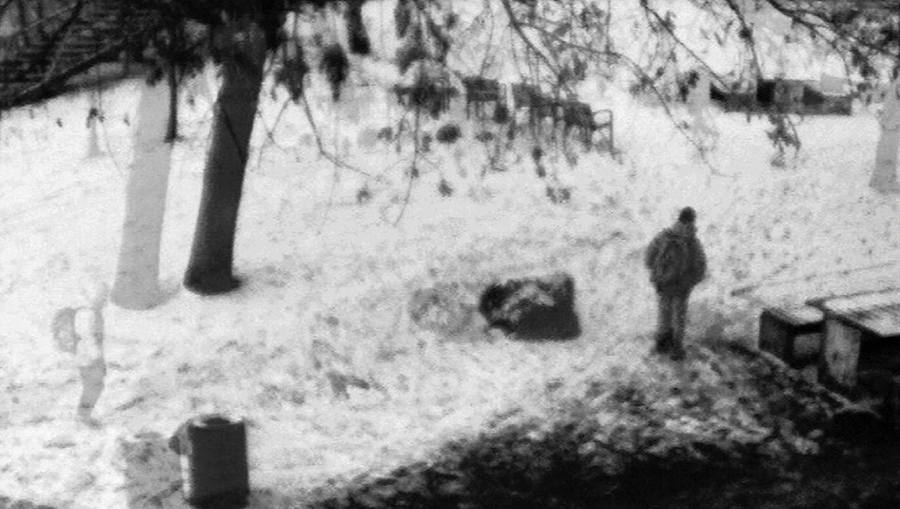 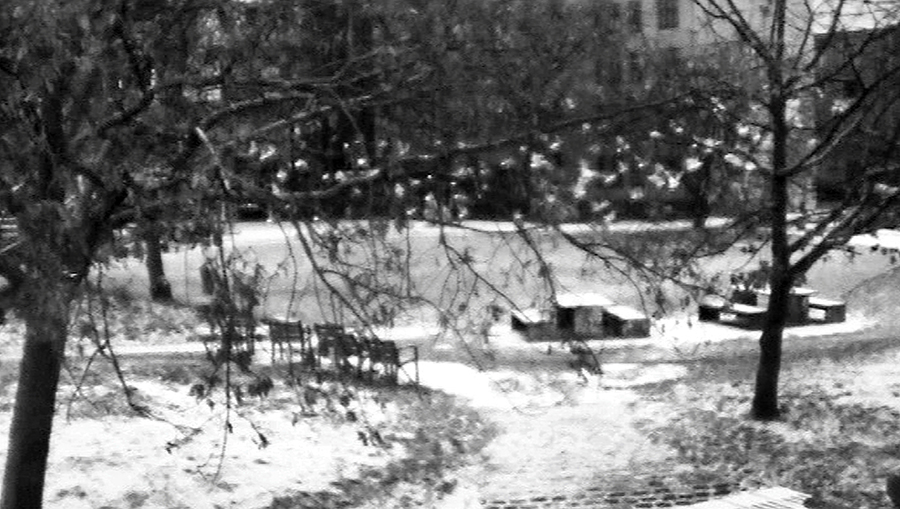 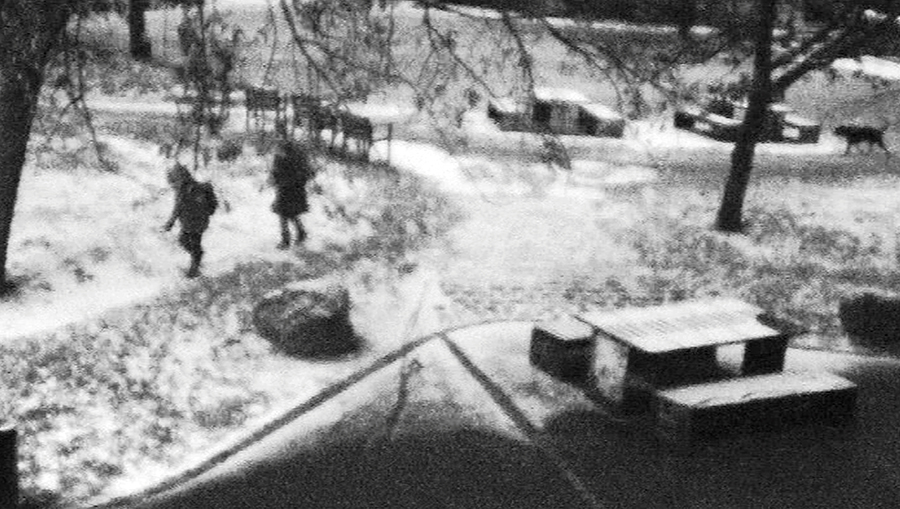 The video is part of MIGRANT DOCUMENTS

Stills from the videoinstallation Positions. Registration by surveillance camera of three nights and three mornings in January, People’s Park, Copenhagen 2012

The surveillance camera is a more obviously visual technology, forming a constitutive part of daily life in more and more public and semi-public spaces. Despite the fact that the cctv camera is still largely synonymous with the controlling gaze of the authorities, activists, critics and artists have in recent years taken control of surveillance techniques and surveillance imagery. The authorities can be placed under surveillance by citizens, who can also register and document their own lives, which can play a key role in providing evidence, a feeling of security, or just a representation of reality.

Tina Enghoff set up a surveillance camera in one of the small parks in Copenhagen homeless migrants often have to resort to sleeping in. The camera registered everything that happened over three nights and three mornings in January, and the footage was edited into her video Positions. At first glance the grainy aesthetics and static gaze of the camera underline the connotations of surveillance technology: we could be looking at a potential site of danger and crime. But what we actually see are fragments of a sketched, wordless narrative about the people using or passing through the park. In one scene children play in the snow, in another someone walks their dog. Other scenes are shot at night. The camera observes someone lying down to sleep on a bench, and the registration of the vulnerable gesture of crawling into a sleeping bag out-of-doors on a winter night reminds us that surveillance has the potential for solicitude. If there is any crime to be recorded here, it is that people are forced to live in a park without a roof over their heads or access to toilets.