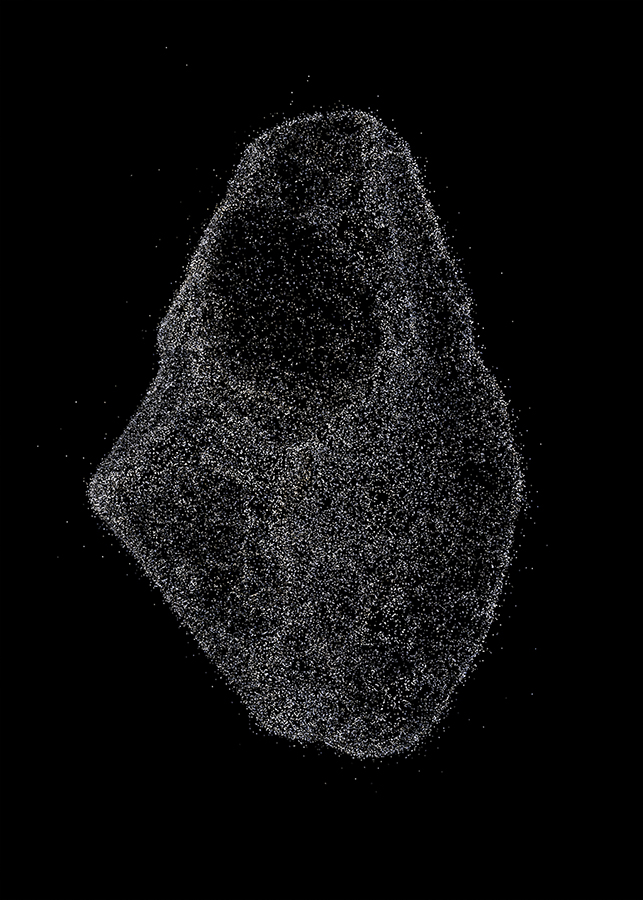 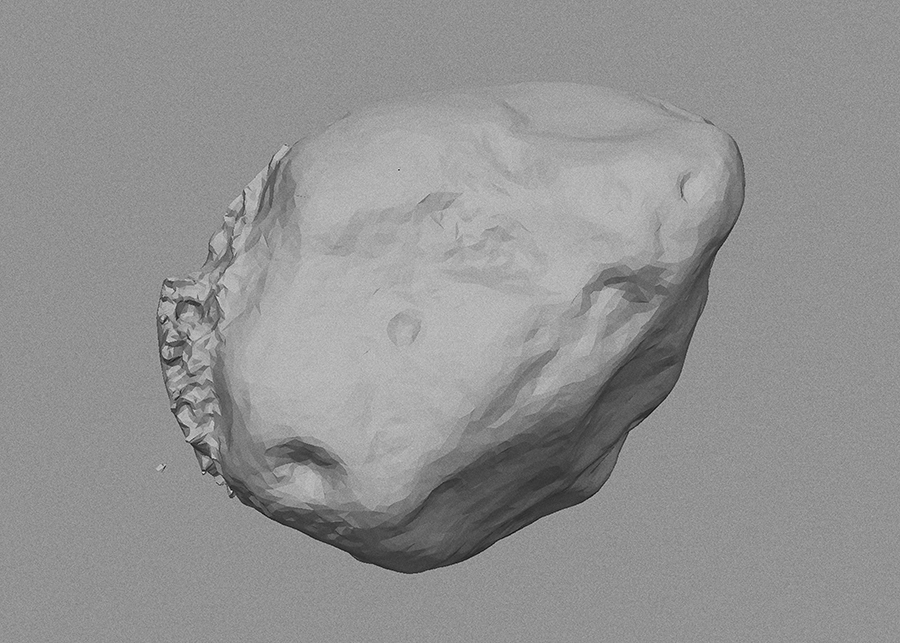 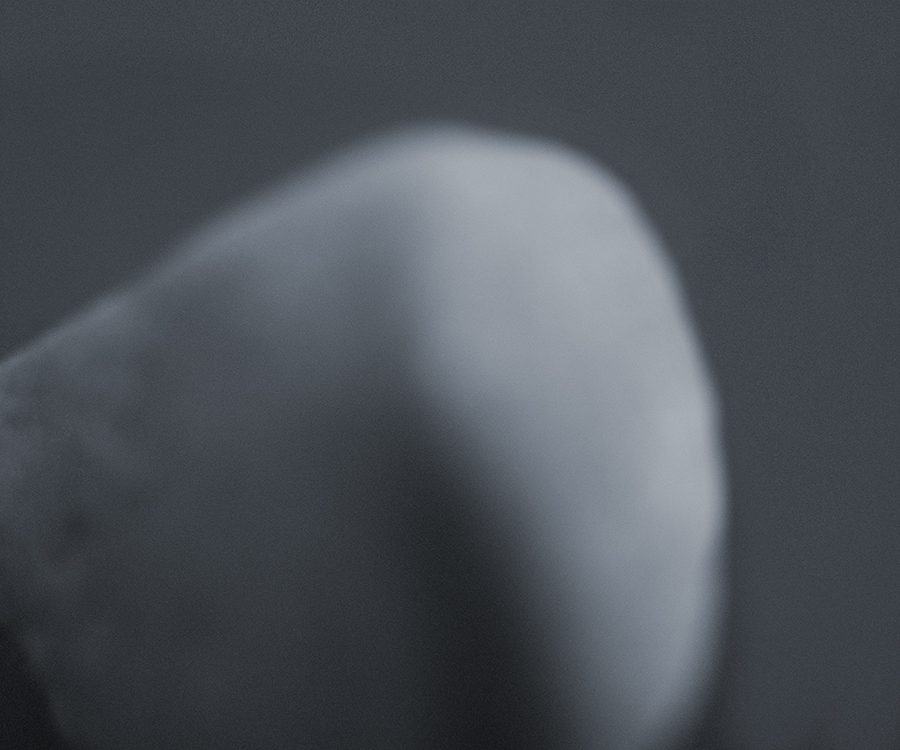 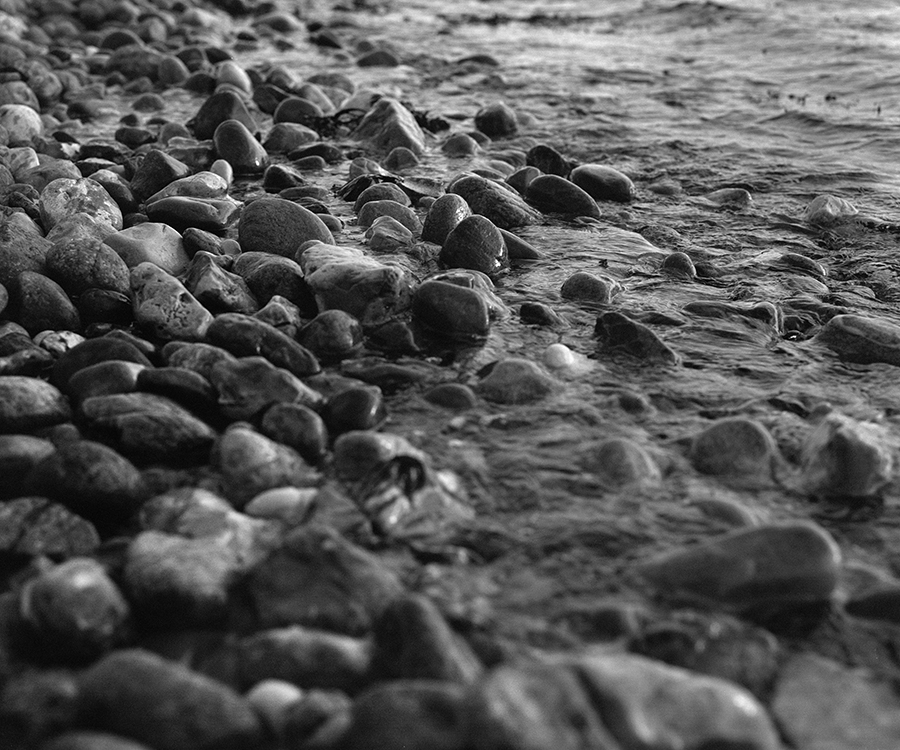 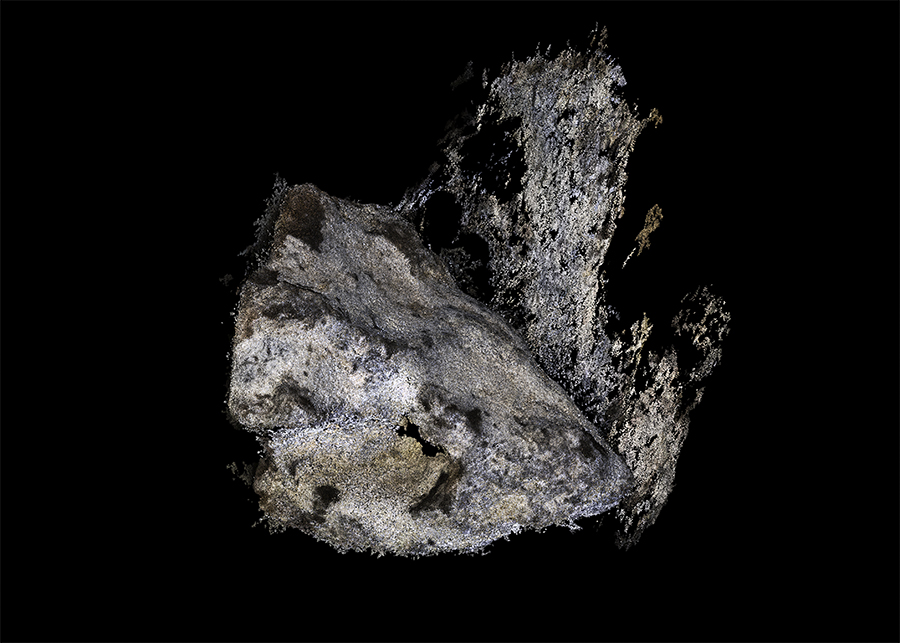 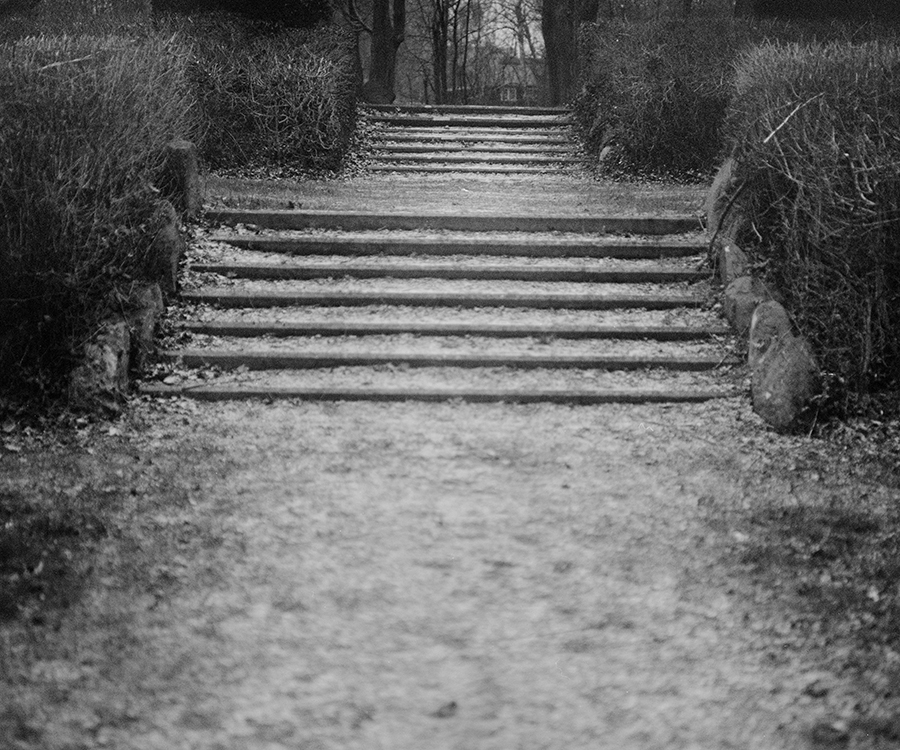 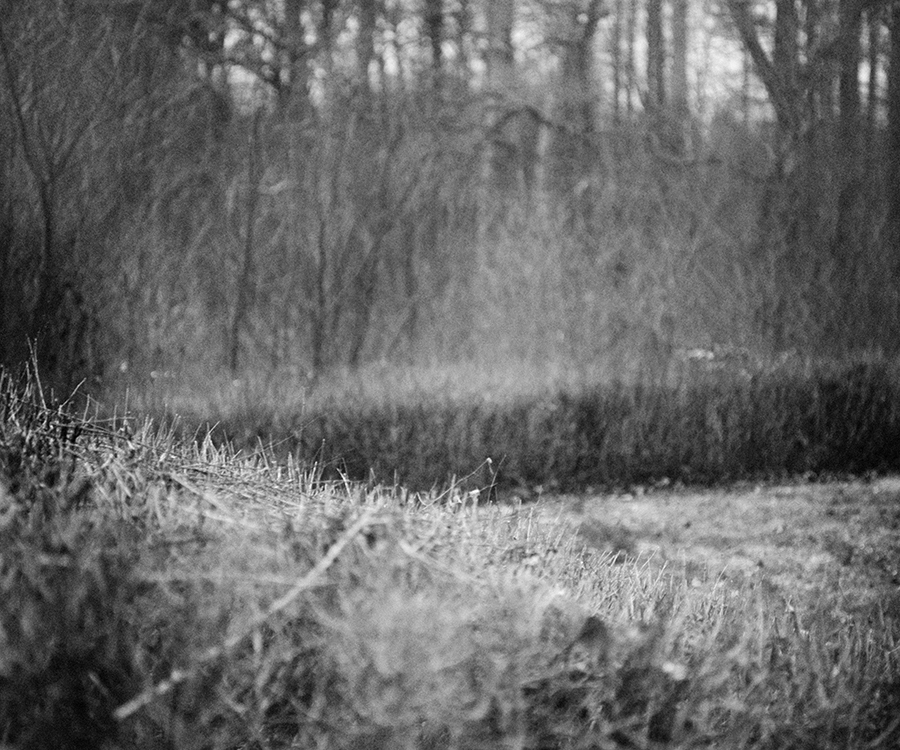 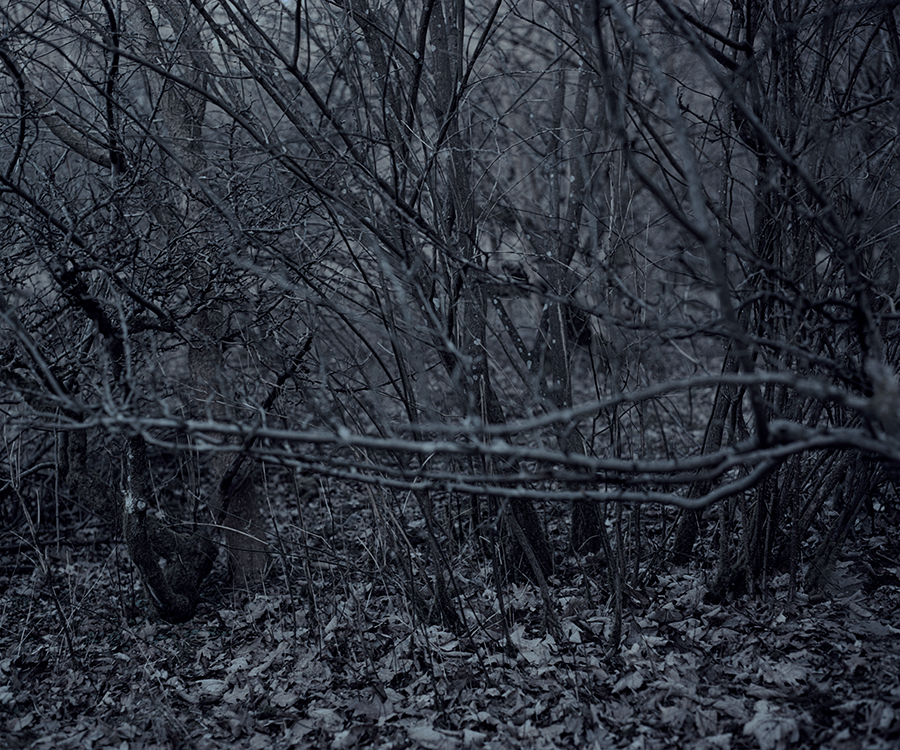 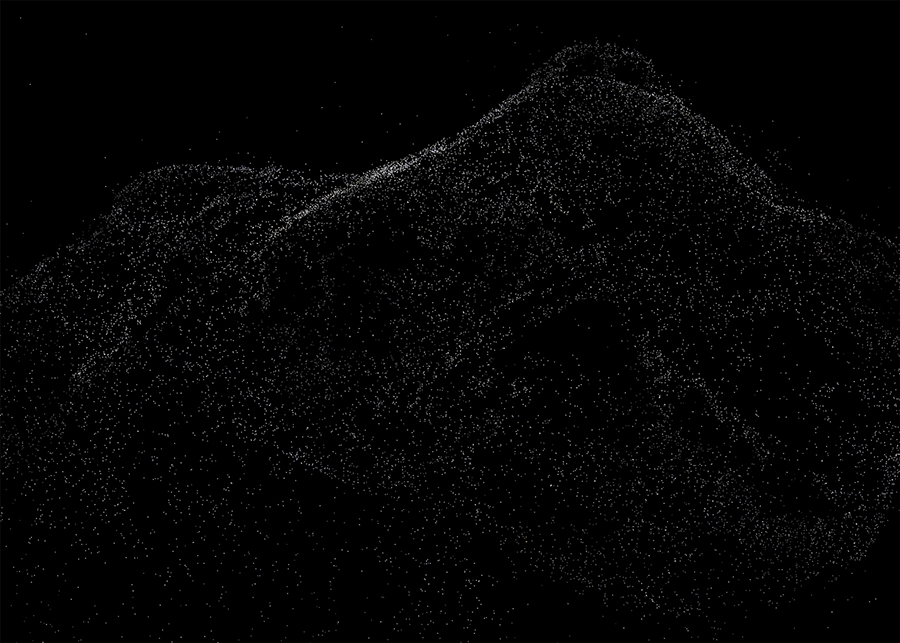 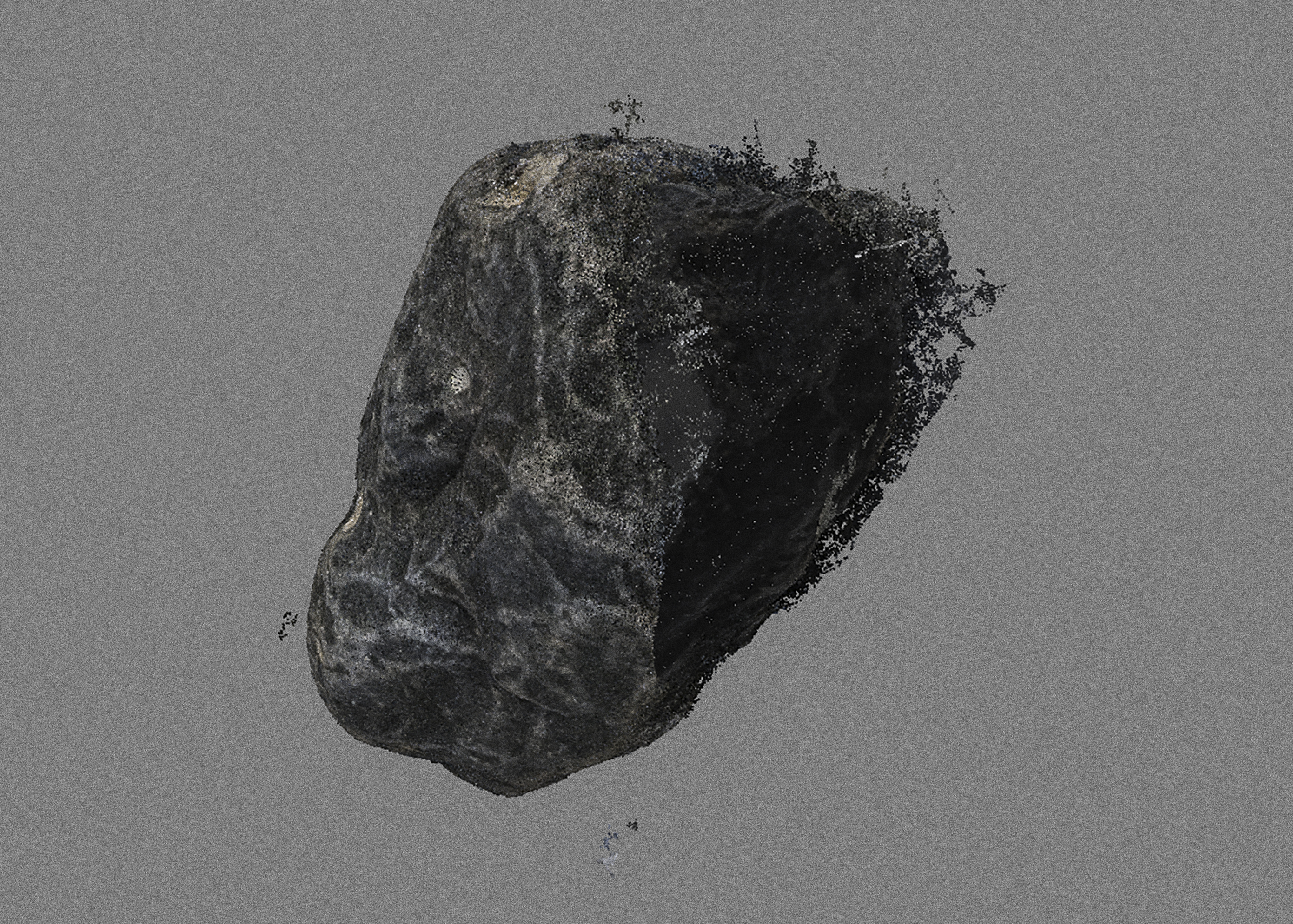 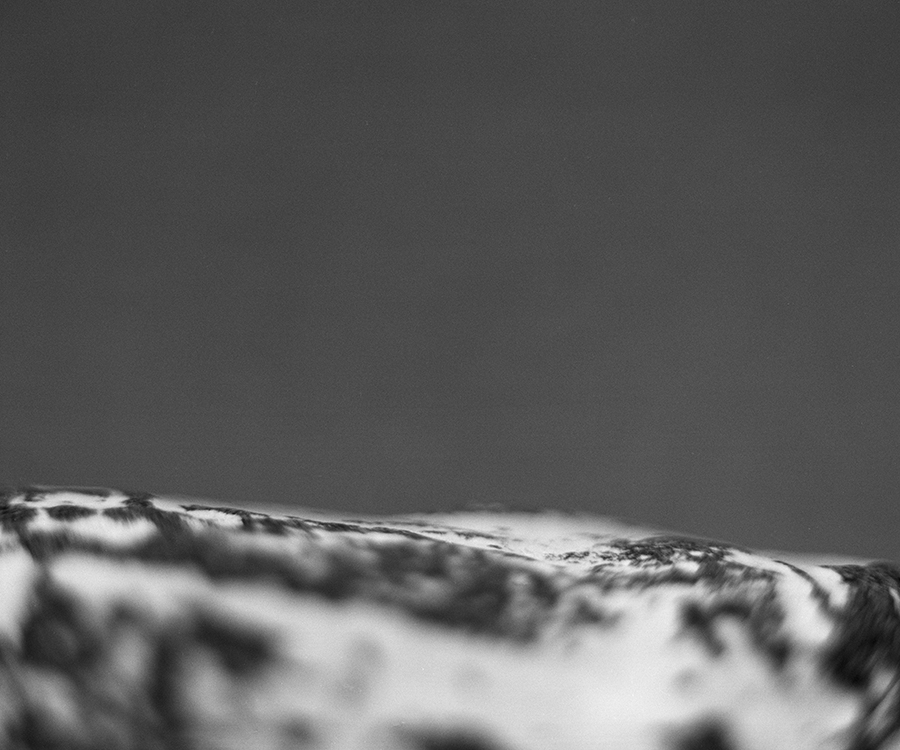 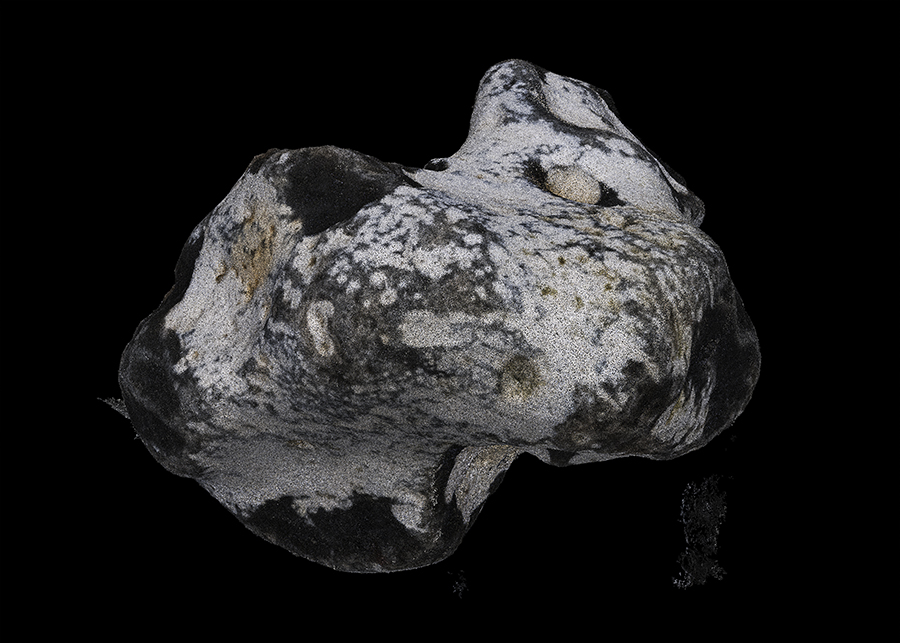 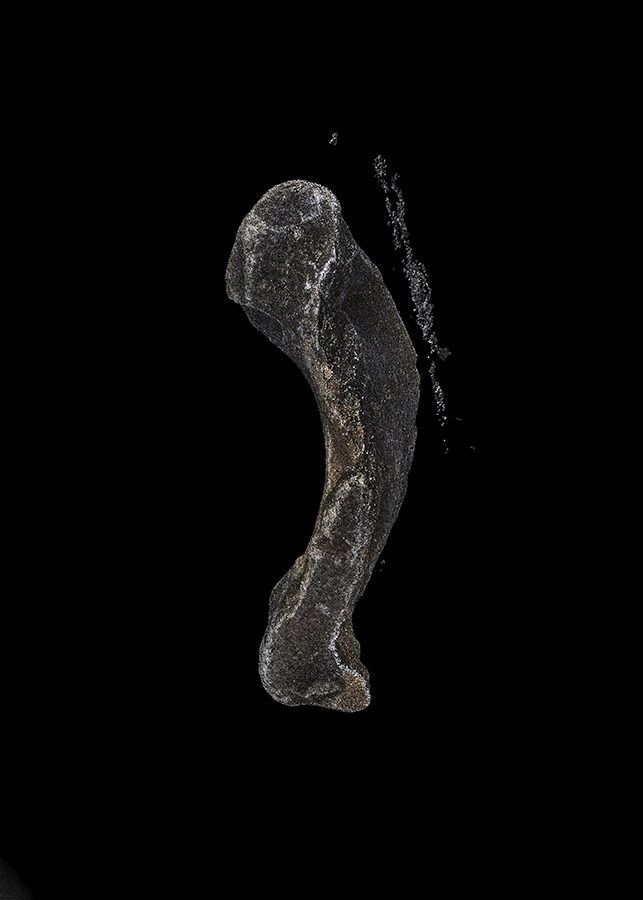 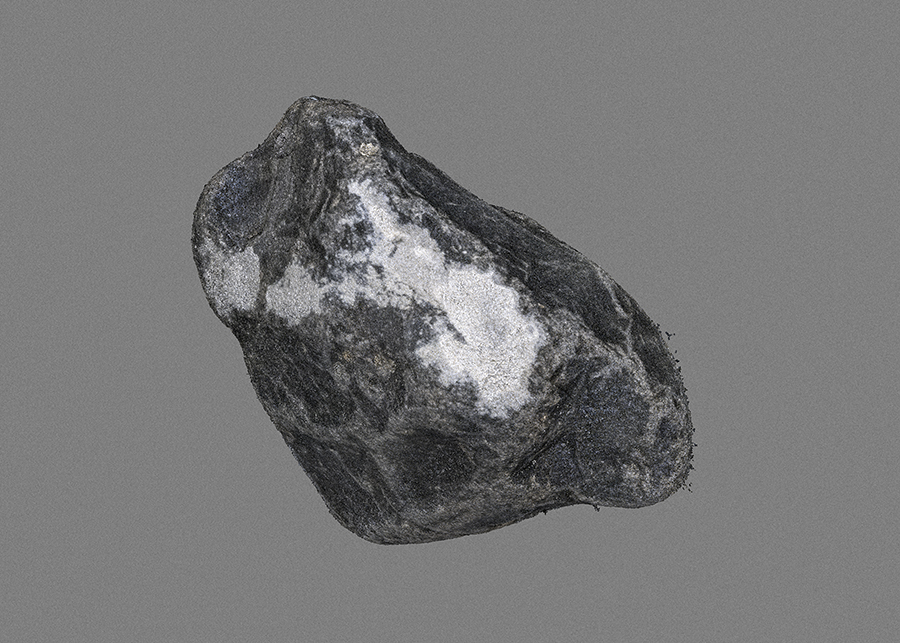 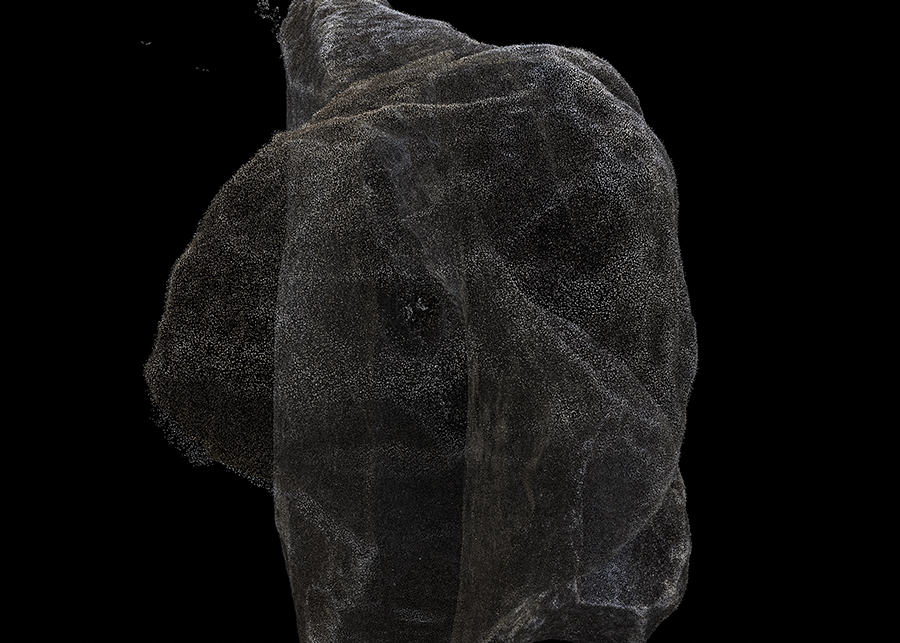 This series consists of 33 works.
60 x 50 cm / 80 x 70 cm / 140 x 120 cm archival pigment print.
The series Evidence, 2018-2020 focuses on photography used as evidence in the tradition of nineteenth-century criminology. The clues looked for in the series all have to do with David Kristoffersen’s time in Denmark and his return to Greenland. Stones from the beach in front of the Coastal Hospital at Kalundborg are turned into black-and-white 3D animations, while other stones are split apart, their interiors illuminated as if they held secrets of special importance. Evidence also shows photographs from the area around the hospital; the wide, silent stairs leading up to the now-disused graveyard in the Kystskoven woods have been photographed as if they were a crime scene. Traces and clues from Denmark are juxtaposed with new footage from the sea at Nanortalik and the hunting island of Tukingasoq, which is part of the Kitsissut Islands and the place where David arrived in the 1950s to rejoin his parents after his time in Denmark. Imbued with material weight, the photographs in this series not only contain potential clues, they also point to how our memory is often embedded in and triggered by places and objects.