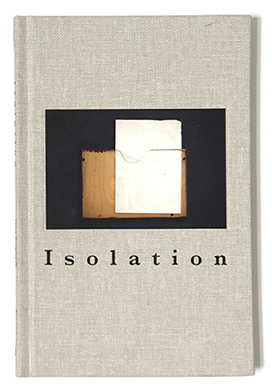 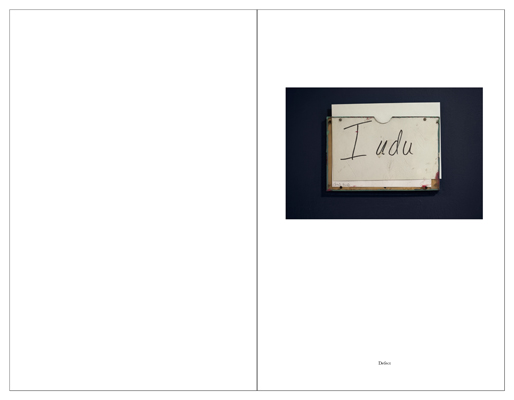 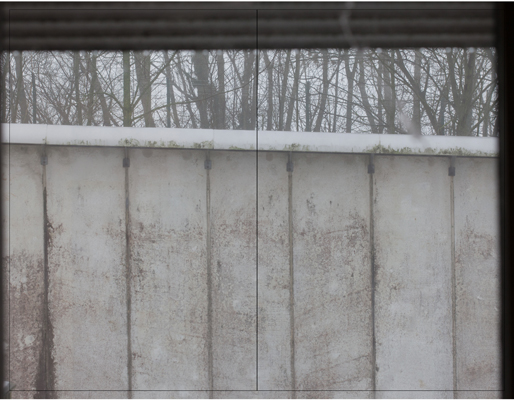 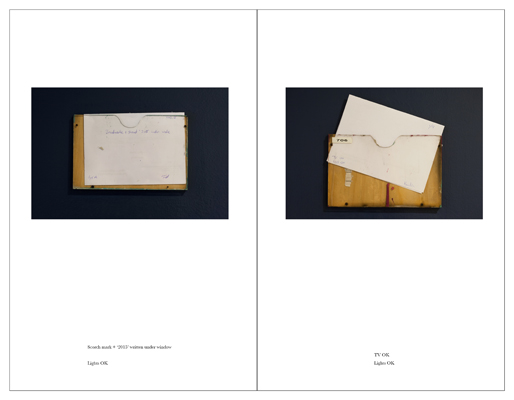 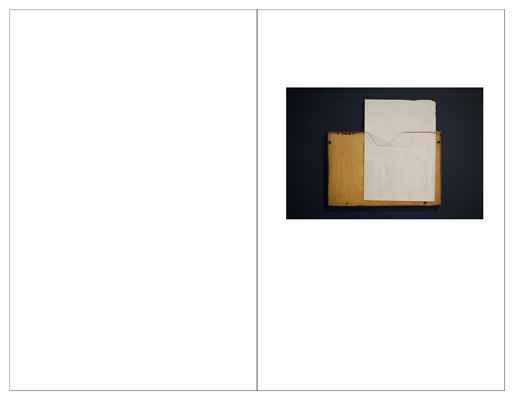 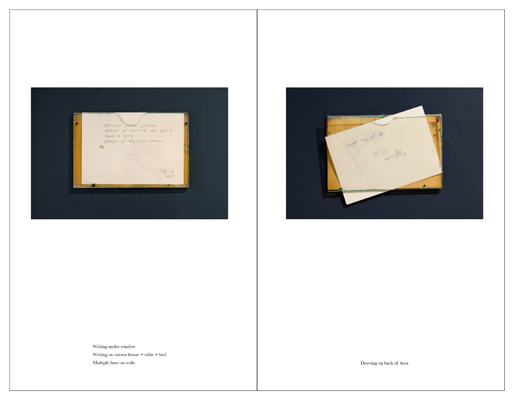 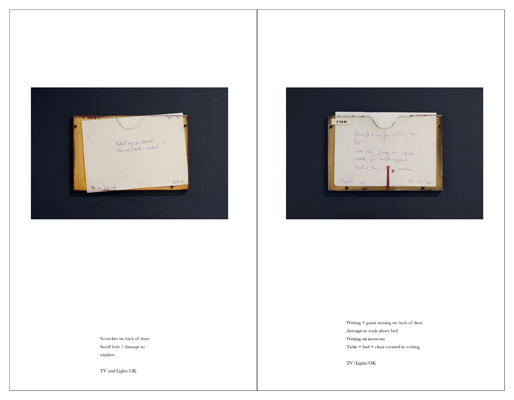 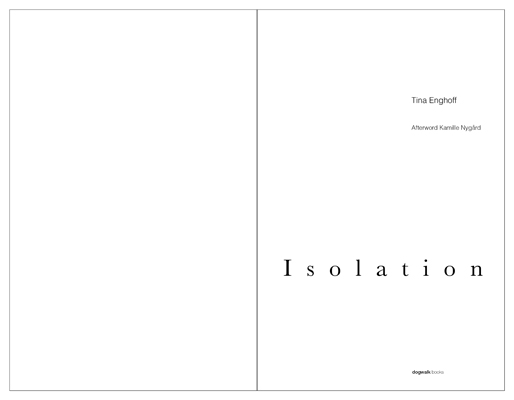 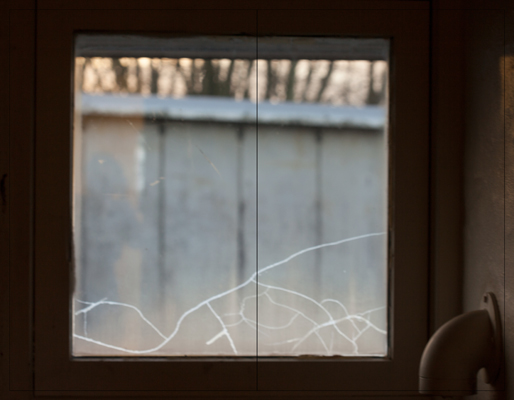 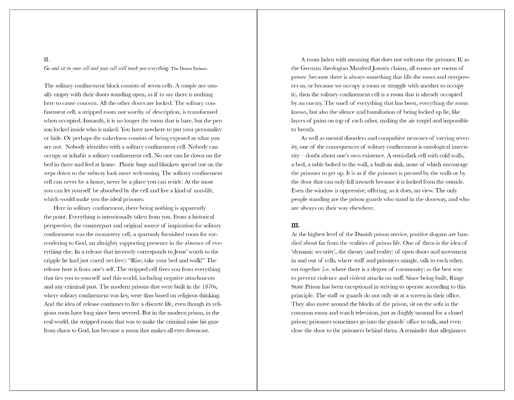 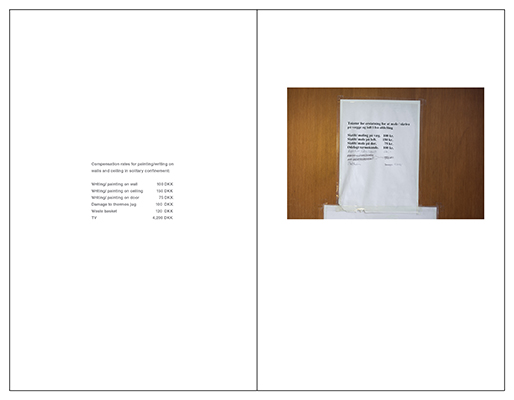 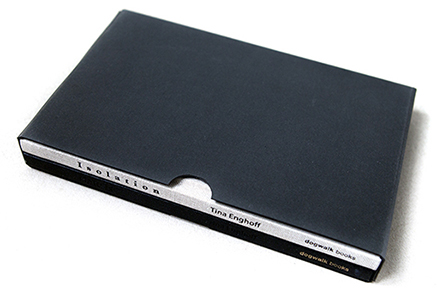 English edition,
comes in a black box with 2 books
Isolation and Hate is

(...)For some, solitary confinement offers a break. For others, it is a dead end. Often the last stop on a downward prison cycle. This is also where some of the condemned who are also condemned to be deported end up, those who fear for their lives once they are deported, and who panic in the final weeks prior to departure. They end up in solitary confinement because no one knows what else to do with them, and because they fill
the cells with their raving angst and incomprehensible curses. But the walls are indifferent. They quietly remind them – those who have already come too far to have a life, also way beyond their own boundaries – that the possibility of not existing actually exists.

IV.
But there are also those who resist in desperation. Who scream and hate and send curses through the walls. Who carve their names on the edge of the bed as if to assume some control of the situation: I am who I am! Fuck Ringe Prison! Who wrap paper around one of the two light bulbs in the cell so it catches fire. Or who just pour their coffee over the walls – calmly and methodically. Who scratch the skin of the institution that affects to feel nothing. Marks and symbols and signs of life, only partly decipherable and so badly spelt it is as if they come from a parallel universe that is trying to shout out to this world – or give it the finger.
There is a steady flow of letters and drugs into and out of solitary confinement, not to mention the traffic of inside knowledge that circumvents official channels. A network that constantly discovers new routes. No prison in Denmark has managed to stop mobile phones being smuggled in. So basic is our need for human contact. Although most communication is still conducted in the old way. The prisoners have, after all, a voice, and a voice loud enough to penetrate the walls that divide their cells.
And a lot of voices are heard. Shouts between the walls and over the fences from block to block. Especially at night, when suddenly a voice is heard in the prison office. Someone is ringing from solitary confinement: he wants to take a shower, go to the toilet, it’s the third time he’s rang, why has nobody come? But time is not an issue for the prison guards in the office, because they are in another world. The half hour the prisoner has waited to go to the toilet, the week the prisoner has waited to talk to the chief prison guard, the month and a half the prisoner has waited to hear about prison leave, that waiting time does not exist for the prison guard sitting in the office or the prison guard on duty in solitary confinement. Only the sounds exist, the short bursts of shouting or banging. And smells exist when you enter a solitary confinement cell. As do the half-eaten food trays, the sweet wrappers, the piles of screwed up rolling papers, and the trash cans that smell of urine. They exist. Like archaeological finds that are gathered by (always two pairs of) hands, usually wearing rubber gloves.(...)